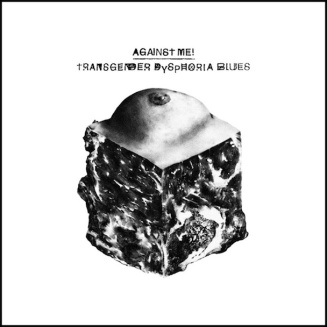 The older I get, the more my taste in music gradually mellows. It’s just hard to rock and roll past 10pm these days, I tell ya. But sometimes you just have to crank things up a notch. Well, this year the one album that instantly grabbed me from the get go and that I’ve constantly revisited since it came out back in January is a good old fashioned punk rock album. Since January I’ve been waiting for a band or artist to top Transgender Dysphoria Blues by Against Me! and it just hasn’t happened. Nothing has come close. Apparently ditching a major label, dropping Butch Vig’s slick production, and having a lead singer publicly document her journey as a transgendered person proved to be the right lightning in a bottle for Laura Jane Grace and company to release the album of their career. Add in a killer performance at The Exchange in Regina and Against Me! absolutely owned 2014.

Leonard Cohen continues to enjoy his late career renaissance with Popular Problems. At the ripe old age of 80, Cohen indeed gets better and cooler with age. U2 caused a big noise by joining forces with Apple and releasing the impressive Songs of Innocence for free to anyone with an iTunes account. However, in an age where people expect music to be free, millions of people on the internet still managed to find a way to bitch about a free album that could easily be deleted from their iPhone. Regardless of the hype and backlash, U2 were able to prove that they still have the goods over 30 years into their career.

So without further ado, here are 40 albums and EPs that made life much better in 2014.

40. Rise Against – The Black Market

38. Kalle Mattson – Someday, The Moon Will Be Gold

37. The Pretty Reckless – Going to Hell

19. The Gaslight Anthem – Get Hurt

16. Supersuckers – Get The Hell

1. Against Me! – Transgender Dysphoria Blues